USSR
The History of the Palace

World War I had as a consequence drastic changes in the life of the country that also involved Petroff Palace: in 1914 it was transformed into a military hospital.

Following the nationalization of property of the Royal family in 1918, Petroff Palace was transferred from one agency to another and used for various purposes.

The palace acquires its Soviet future

Like in the case of many other governmental and administrative residences of tsarist Russia, the new owner of the building, the Soviet people, found an appropriate use for the palace: starting from 1923, it hosted the Zhukovsky Air Force Engineering Academy.

The Academy’s needs differed from what there had been before, and so the premises of the palace had to be reorganized and redesigned. The building now accommodated a motor laboratory, an engineering library, numerous offices and a printing house. Its comfortable towered wings were turned into residential quarters of the teaching staff and students. For as long as 90 years the former palace became a “breeding nest” for the best air force commanders, engineers, instructors and researchers.

The people’s war, a sacred war

Woes of World War II left both the palace and the park untouched.

Owing to an article in Izvestia newspaper dated 18 February 1943, descendants know about a telegram sent on behalf of the Academy staff personally to Joseph Stalin.

In that telegram, the Academy staff and their family members reported to the Supreme Commander-in-Chief that they had collected a million rubles for construction of a combat aviation squadron and requested that the unit be named after Nikolay Zhukovsky, a founding father of Russia’s aviation.

The same newspaper issue contained a reply from the Supreme Commander-in-Chief, in which he gave his consent and sent “combative greetings and gratitude from the Red Army” to all those who had collected the money. 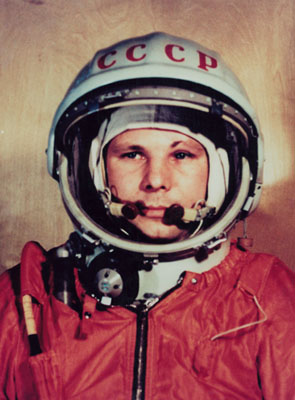 Yuri Alekseevich Gagarin studied at the Petroff Palace, at the Air Fleet Academy and was its graduate.

Postwar history of the Palace

Glorious traditions of the national aeronautics are associated with the Academy.

It became Alma Mater for space pioneers like Yuri Gagarin, Valentina Tereshkova and Alexei Leonov. Its graduates include a constellation of renowned aircraft designers such as Sergey Ilyushin, Artem Mikoyan and Alexander Yakovlev, as well as a dozen of Russian cosmonauts, several foreign cosmonauts and a great number of famous pilots.

However, with the passage of time the building deteriorated, cracks appeared on its walls, and decorative elements crumbled. Starting from 1960, restoration works were regularly held in Petroff Palace for its exterior and interior.

At the height of the flight

By the early 1980s, the Academy had evolved into a research and educational center of global importance with extensive experimental and technical capabilities – over 10,000 units of equipment, including fixed and rotor-wing military aircraft (30), power units of rockets and aircraft of more than 40 types, and about a hundred aircraft weapons. There also were specialized training grounds for navigation and aerodynamic complexes, airborne reconnaissance classrooms, automated control, navigation and electronic warfare systems, and a motor pilot research station.

The Academy trained specialists and regular personnel of all levels for any branches of science and military units related to aviation, primarily Air Force, as well as army and navy aviation, the ministries for emergencies and internal affairs, cosmonauts and engineers.

At that time there were seven dissertation committees in the Academy that approved more than a hundred candidate theses and about a dozen doctoral theses annually. The teaching staff of its 45 departments included over a hundred Doctors of Science and up to five hundred Candidates of Science.

All together the Academy has educated ten air marshals, 40 academicians and members of the Academies of Sciences of the Soviet Union and Russia, over 600 Doctors of Science and 5,000 Candidates of Science, 220 laureates of state awards, 115 Heroes of the USSR and 30 Heroes of Socialist Labor, 30 cosmonauts, over 200 test pilots, and dozens of thousands of military and civil engineers and military command personnel.